I won a national tender in 2008, for 3 years contract with ‘La Mairie de Paris’ (Paris City council). I had to design and produce the scenography of the student pavilion during the national student fair.

The first year, in 2008, I did a 40m² booth at ‘Portes de Versailles’ exhibition. Then the next year, the city council asked me to design a mobile booth. They didn’t wanted to pay for a booth during the national student fair anymore. 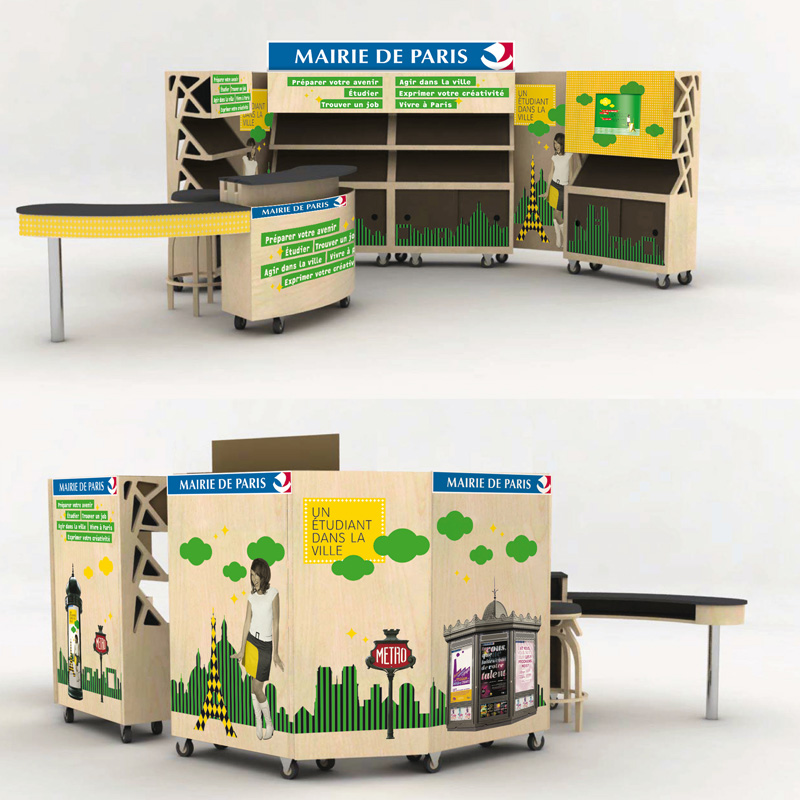 They wanted to go where students were : inside Universities.

So, I had to design a structure which can be transported easily. They were doing presentation in 6 universities during 2 months.

I designed a foldable and transportable furniture. The structure could be open as a book. I did two structures on wheels. This modular system could fit to many universities lobby area.

I created a sustainable furniture, made out of wood. I used beech plywood and Walnut plywood. I installed LED lights inside each module.

Over the time, they removed the stickers and add new ones. They broke one wheel once, but they replaced it quite easily.

The last thing about this project. One of the team members told me that I worked so well then the next year they didn’t need for my help. So they cancelled my last year contract…